Welcome to Gurgarath Resurgence board! Join this wonderful community by registering on our forum and start to talk with us! Come live a great experience!

You are using an out of date browser. It may not display this or other websites correctly.
You should upgrade or use an alternative browser.

The 3.20 internal update brought mainly GamePlay changes but also many optimizations. This update also contains the last 6 minor patches from 3.19.

Anti Multiple Farm
​
If there is a plague in MMORPGs, it is potentially the lack of trading, group play, guilds or mutual aid. The whole MMO aspect of it gets overshadowed. One of the factors of this problem can be players who stuff a whole map with multiple accounts to get all the loot, all the spots and go it alone, very often using cheating software. This system will put a stop to this phenomenon while not penalising players playing with their buff. 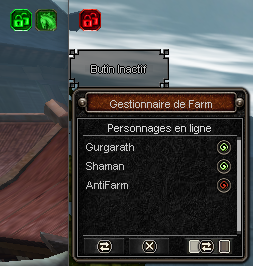 Gameplay Enhancement & Optimizations​
The other main part of this update is of course the improvement of the gameplay features, allowing more possibilities mainly in the quests, as well as some optimizations of the game.


If you want to be kept informed in real time about future updates, or if you want to interact casually with the community as well as receive real-time information about server progress and ETA. I invite you on the Official Discord Server.